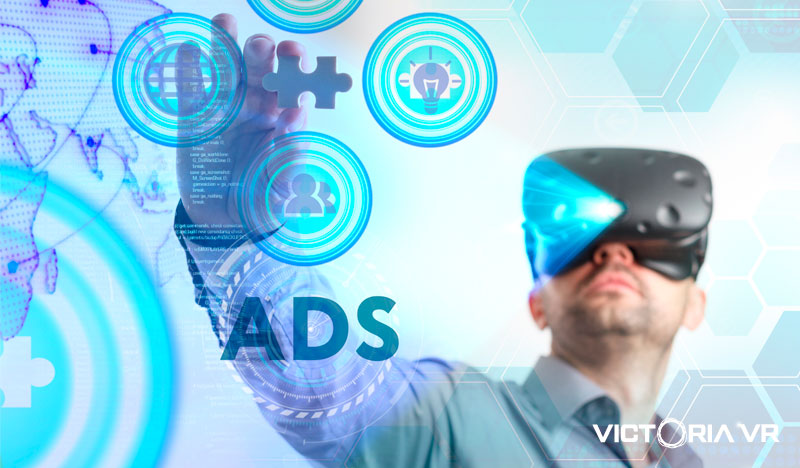 The number of users of virtual reality (VR) has been going up steadily since 2015. The global gaming market is expected to be around $260B by 2025. And this is an extremely attractive market for advertising, promotion, and marketing. Let’s take a look at how you and your company can target your new customers in virtual reality.

The VICTORIA VR virtual reality utilizes photorealistic graphics and most recent technologies, such as Oculus and Unreal Engine, to create a lifelike experience for the users. Once you try this top-notch technology you most probably won’t want to go back to your old video games.

Why Your Ads Will Be Better in Virtual Reality

Virtual reality introduces lifelike aspects that are not available on any other online platform:

How effective are your banner ads, typically displayed alongside the content that your target audience is reading or watching online? How much do you pay per click? What is your conversion rate? And how much does each dollar spent on traditional online advertising bring you back?

The costs of online ads are getting higher while their effectiveness is declining. Many if not most users just ignore them, installing ad blocks so your ads never get to them.

Many Benefits of Advertising in VICTORIA VR Virtual Reality

It’s a well-known fact that the videogame industry is bigger than the movie industry, yes it is bigger than Hollywood. And unlike movies, the sales of games continue to grow during the lockdown.

Ads as a part of games and business events conducted in virtual reality are a logical development for marketers. In VICTORIA VR, the possibilities are countless and limited only by your imagination. Here are some examples.

Thanks to Quests in VICTORIA VR, users get rich and gain various very rare rewards (in effect, they mine the rewards of the VR World), which motivates them to keep coming back so that they don’t miss out on a number of opportunities. The users will also be discovering new possibilities by learning about the benefits of VICTORIA VR and Virtual Reality in general.

Advertising within Quests in VICTORIA VR could bring a lot of fun to the users. Combined with Competitions, this can be even a very rewarding experience for the users.

TheBigMarketVR in VICTORIA VR is a part of NFT Paradise – a decentralized marketplace operating on a smart contract, making up the largest blockchain asset exchange with NFTs (non-fungible tokens). This is the place where you can trade literally everything, for example, VR Lands, Objects, Resources, XPs (Experience points) and other objects from other worlds.

Advertising in TheBigMarketVR provides novel immersive options that have never been available before.

Advertising on Resources and Elements

The Resources in VICTORIA VR are unlimited and unmined ERC-1155 NFTs (non-fungible tokens) on the side chain. Resources are needed for the construction of Buildings and for the creation of Objects (other NFTs). The VR World uses 5 Resources according to the 5 main elements: Wood, Fire (energy), Country (sand), Metal (iron), and Water.

Imagine how captivating and memorable your ad will look like in a gorgeous waterfall refreshing the user with its splashing droplets, on fluffy summer clouds that you will be zooming through with your VR aircraft, in a blazing crackling fire or on a piece of wood that will be transformed into some new item in the VR World.

Avatars in VICTORIA VR are fully customizable (with over 1,000,000 possible combinations), in photorealistic graphics. This allows users to create virtually anyone. Each avatar is written as an NFT on the blockchain. Users can have several characters.

All wearables in VICTORIA VR are listed on the blockchain as NFT tokens. These can be obtained in Quests, Competitions, or bought at TheBigMarket VR. Users can dress up their avatar according to the latest trends, in historical robes or mystical clothes.

Similarly to designer clothes and shoes, wearables in VICTORIA VR can also be used for advertising, promotion, and marketing.

All items in VICTORIA VR are NFTs written on the blockchain. They can serve as decorations or can be used directly, such as mining tools, keys to open various locks, treasure maps, weapons, cars, flying boards or Aladdin’s magic carpet.

Decorative items have been used for advertising in our traditional world for decades. Advertising in VR will be even more effective.

VR Lands in VICTORIA VR are NFTs. Their amount is limited (pre-defined). VR Lands can be used for construction of all kinds of VR buildings (shops/stores, showrooms, clubhouses, private enterprises) and as a port to another world, game or virtual reality. You can rent your VR Land out to other users or use it for speculation.

Billboards, flashy neon signs, logos, slogans, and more are used as advertising on buildings, and real estate in the traditional world. In the VR world, it will be even more effective.

Badges in VICTORIA VR are NFTs that will be in high demand and can be obtained at Presale, at Quests, Competitions, and Real Airdrops. The owners will be proud to wear their badges.

Badges in VICTORIA VR provide a wonderful way to advertise and promote your products and services. You can reward the users with your own branded badges in a special competition or in a quest.

The Sky’s The Limit in VICTORIA VR

What is quite difficult or even impossible to film with the current movie production technology with live actors, can be quite easily produced in animated movies. Still, the result, no matter how absorbing, is just a 2D animated movie.

With VICTORIA VR virtual reality, the sky’s the limit. If you can conceive it, you can also produce it in VR. In all the points above, we have only scratched the surface of what is available when it comes to advertising, marketing, and promotion in VICTORIA VR virtual reality. Once you see it by yourself, you might never want to go back to email marketing, banner ads, pay per click advertising, and similar online methods.

The Benefits of Virtual Reality, Blockchain, and NFTs With Works of Art
06/04/2021